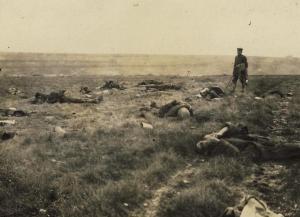 Born in October 1894 in Clapham Common, Stanley was the youngest of four children to Isaac and Edith Coop. The family moved north living in Howden, East Yorkshire before Isaac abandoned them and Edith moved the children to 26 Chaucer Street in Hull. A Clerk by trade Stanley enlisted at City Hall in September 1914 joining the newly formed 10th Battalion East Yorkshire Regiment, ‘The Commercials’, 1st Hull Pals.

Wounded on 4th June 1916 Stanley was withdrawn to the General Hospital at Rouen where he was treated for gunshot wounds to his arm, left leg, lower back and left knee joint. The hospital sent a telegram to Army headquarters informing them:

Then a second telegram saying the dying Stanley:

The army did Edith proud, first obtaining a warrant for her to travel to France with Stanley’s elder brother and then when she realised the financial implications of her journey and informed them:

“I wish to go but am unable to bear the expense.”

They arranged for her to travel at their own expense. She duly left Southampton mid-June and saw her youngest son one last time before he died of his wounds on 2nd July 1916.

Stanley Coop is buried in St. Sever Cemetery; he was 21 years old.